In stock
Deadside is a hardcore multiplayer shooter set in a large open world with extensive gameplay possibilities. Experience a realistic post-apocalyptic gaming environment filled with NPCs and other players. Deadside is...

Deadside is a hardcore multiplayer shooter set in a large open world with extensive gameplay possibilities. Experience a realistic post-apocalyptic gaming environment filled with NPCs and other players. Deadside is all about balancing the dynamics of a shooter game and the grittiness of survival games. The game world focuses on realistic aspects of life within the ruins of a dead civilization. You won't find any zombies or radioactive bunny suits here.

THE WORLD OF DEADSIDE
The world of Deadside is a vast open space filled with dense forests and abandoned settlements. Players will eventually have access to an area of ​​approximately 225 square kilometers, entangled by a network of roads and rivers. The Early Access playable area will be limited to about 25 square kilometers. The world is inhabited by various hostile and friendly NPCs. Exploring the woods, you can face a gang of cannibals about to have lunch. Or a group of homeless people trying to survive in a hostile environment. It is completely up to you how you participate in these encounters. You may make great friends, or your new rivals may compete for the earth's resources. 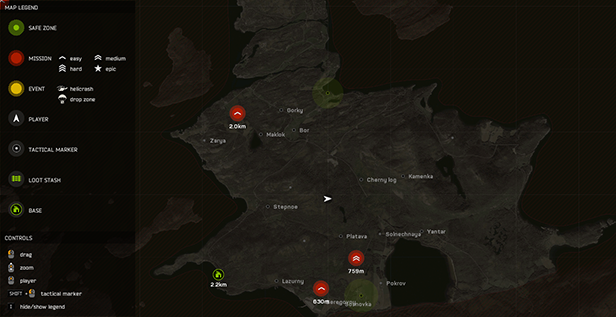 It's a vast open world, and to avoid getting lost and keeping busy, players can use the map to see where armed bandits are raiding, areas being cleared by security forces loyal to the former government, or cannibals settling in. abandoned villages. . Anyone can engage in massive combat. It will not be an event with a limited number of players, anyone who wishes can go to the mission sector and affect the outcome of the battle. Battles with the participation of NPCs and players can go on for hours and the reward will go to whoever can seize the prize loot after completing the quest. 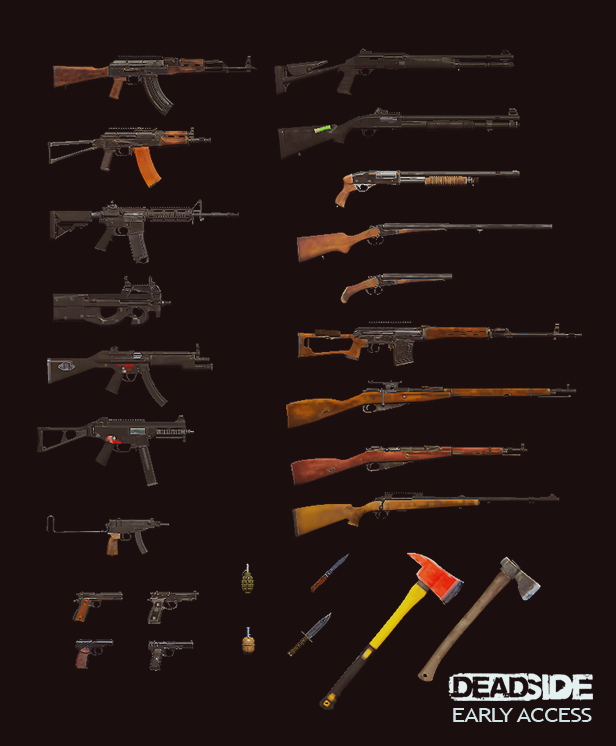 The main features of our combat system are realistic ballistics and weapon damage.
Players will have around 19 types of firearms and additional equipment (sights, flashlights, etc.) at their disposal. will be available (at the time of early access). 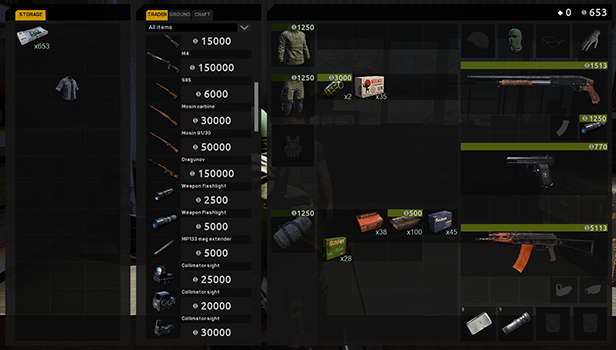 EXCHANGES AND SAFE AREAS
Among vast, endless wastelands, wanderers will find places to buy ammunition, food, and have intellectual conversations about the meaning of life. Maybe swap a story or two about cannibal hunting. Also, there are private lockers for players in the Green Zones where they can store a limited number of things that they use to survive. Green Zones will be places of trade and communication between players and friendly NPC merchants.

BASE AND RAID BUILD
Deadside has a simple yet effective crafting system that allows players to build bases and use them as shelters to store hard-earned weapons and equipment. Currently, the bases have an "online only" raid system. If you kill other players and they have a base, they might drop a raid token. This token, when activated, shows everyone on the server the location of the base and can be raided for one hour.
<transcy>Similar products</transcy>